Tibet is a land of mystery and is often renowned as the ‘roof of the world’; Tibet is the highest elevated plateau on earth with average altitude of 4500m. It is part of Western China and its south border is lined by the world’s tallest mountains, including Chomolungma or Mt. Everest. Tibet is extremely rich in history and culture and is predominantly a Buddhist country along with Bon (pre-Buddhist) tradition. The land is filled with ancient monasteries, chortens (stupa), magnificent palaces, highest lakes, rivers, and rare wildlife. Most of the rivers of South Asia including Brahmaputra, Sutlej, Indus and Karnali has its source in Tibet, specifically in Mt. Tise or Kailash. Tibet is no doubt regarded as the ‘Water Tower of Asia.

Tibet at a Glance:

Lhasa : Lhasa in Tibet is regarded as one of the holiest places in Tibet. It is the capital of the Tibet Independent Region of China.  It is home to some of the most beautiful and amazing Buddhist monasteries and palaces including Potala palace, which has been an administrative seat of the successive Dalai Lamas for several centuries. Jokhang situated 2 Km east of Potala is a Tibetan spiritual center where locals often frequent to offer their worship and prayers. There are also monasteries all over Lhasa, the important being the Gelugpa monasteries of Sera and Drepung which till today remain intact.

Similarly Ganden Monastery, Nangkhor, Barkhor and Lingkhor are famous for their artistic beauty, statues and mural paintings. From 10th century till the early 17th century, Shigatse kings ruled supreme who were lated defeated by the fifth Dalai Lama with Mongol support. The Lama moved to Lhasa and built the Potala Palace and ever since Lhasa has been the administrative and religious capital of Tibet. Most of the historical sights still standing today dates to the latter century. The city divides between western or Chinese section and eastern or Tibetan section.

Mt. Tise or Mt. Kailash: The trek to Mt. Tise or Mt. Kailash has remained the most pious religious journey for Buddhists as well as Hindus for thousands of years. It is a journey that encompasses the most picturesque and exceptional landscape on the face of the earth. The goal of the trek is to circumambulate and pay homage to Mt. Kailash (6714m), regarded as an embodiment of Lord Shiva, and visit Mansarovar Lake and Raksas Tal. Tourists have been allowed to cross Nepal-Tibet borders only since 1993 following the reciprocated agreement between China and Nepal. Humla is still a restricted area where only organized groups are allowed.

The trek starts from Simikot, the district headquarter of Humla district, one of the remotest northern provinces of Nepal. The journey can be divided into three phases: the first and last phases involve trekking while the middle one involves riding a vehicle. From Simikot you will trek until you reach Hilsa, the last point along the Nepal-China border, from where other half of the route up to Darchan, is covered on a four-wheel drive. The best season to visit this region is from mid-May to late September since during winter it remains snowbound. There are no rescue facilities available on Tibet side however Nepal can operate rescue helicopters from Hilsa. Arrangement of porters and food must be made well in advance just to have a smooth travel.

Visiting Tibet is a challenge on its own. The average elevation here is 4000m and so the air is thinner as you go further up. The highest peak in the world Mt. Everest (8848m) straddles the border between Nepal and Tibet (China). The North side of Everest Base Camp is easily accessible from Tibet. The capital of Tibet is Lhasa, a major attraction for majority of tourists. Lhasa is home to impressive Potala Palace, the winter residence of Dalai Lama. Visiting medieval monasteries such as Drepung, and Jhokang and walking along Barkhor Street will take you back in time. Do not forget to attend cultural programs conducted by Tibetans and monks wearing their colorful dresses.

Tibet Weather: Climates in Tibet vary from place to place and temperatures vary greatly within a single day. In western Tibet the average temperature is below zero degree while in Lhasa and the central part of Tibet, the weather remains nice and cool. Travelers would not feel cold in winter or hot in summer, especially from March to October which is the best time for traveling. The majority annual rainfall rolls up in the rainy season that starts from May to September, when the precipitation covers 90 percent of the whole year. Typically it rains at night in Lhasa, Shigatse and Chamdo area. The precipitations gradually decrease from 500 millimeters in the lower part of southeast to just 50 in the northwest.

Money & Credit Card: In Tibet the only place to change foreign currency and travelers cheques is the Bank of China. All the star ranking hotels in Lhasa have exchange services but they are only available for guests. The sensible thing to do is to change as much money in Lhasa as you think you need. The only other places to change money are in Shigatse, Zhangmu and Purang. If you are traveling upcountry, try and get your cash in small denominations: RMB100 and RMB50 bills. If you don't like the idea of turning up at the border with no Chinese currency you can buy cash RMB from banks in Hong Kong and the Bank of China in large cities.

Credit Cards: Credit cards are not suggested as a way of payment in Tibet. Flights and Lhasa cannot be paid using a credit card. The Lhasa central branch of the Bank of China is the only place in Tibet which provides credit card advances. A 4% commission is usually deducted and the minimum advance is normally RMB1200.

Traveler’s Cheques: Travellers cheques are now acceptable at the Bank of China. It is recommended that you cash them in Lhasa.

Airport Tax: The airport departure tax on Lhasa / Kathmandu flight is included in the flight fare. The airport tax on Kathmandu / Lhasa flight’s fare differs time and again which is payable at the Kathmandu International Airport. Air China operates its flights everyday for Kathmandu-Lhasa-Kathmandu.

Booking & Visa Procedures: A traveler to Tibet requires obtaining a special group visa/travel permit. Original passport has to be submitted while applying for visa and permit at the Chinese Embassy in Nepal or abroad. A minimum of two weeks advance booking along with the following passport details is required: Surname/ First Name/ Nationality/ Sex/ Occupation/ Date of Birth/ Passport Number/ Passport Validity.

To obtain the Tibet visa, we require one full working week and the participant along with their passport and one copy of passport sized photograph. There will be an additional surcharge of US$ 30 per person as urgent visa fee if the participant is available less than the above mentioned period. The normal Tibet visa fee depends upon the nationality of the participants. The visa obtaining days at the Chinese Embassy here in Kathmandu are on every Mondays, Wednesdays & Fridays. Participants traveling on a diplomatic or official passport are refused entry into Tibet. Thus kindly ensure you are traveling on a normal passport.

Transportation: The ground transportation is organized by our representative in Lhasa. With the exception of sightseeing in Lhasa, all sightseeing and transfers by Toyota Land Cruiser. However, for the overland journey to Lhasa we use Land Cruiser for the deluxe travelers and Bus (Coach) for the budget travelers.

Clothing accessories: Warm clothes are required to avoid the frosty cold weather during the month of October, November, December, January, February and March. Whereas months of April, May, June, July, August and September can allow you to wear light clothes to shun the scorching heat. However, a jacket and sweater are advised throughout the year as the weather may unexpectedly change at any time. Other recommended items are a domestic first aid kit, water purification tablets, toilet and issue paper, flashlight, sleeping bag comfortable walking shoes, dusts masks, utility knife, sun hat, sun glasses, suntan lotion and limited number of clothes.

Following cultural etiquette needs to be paid attention while traveling 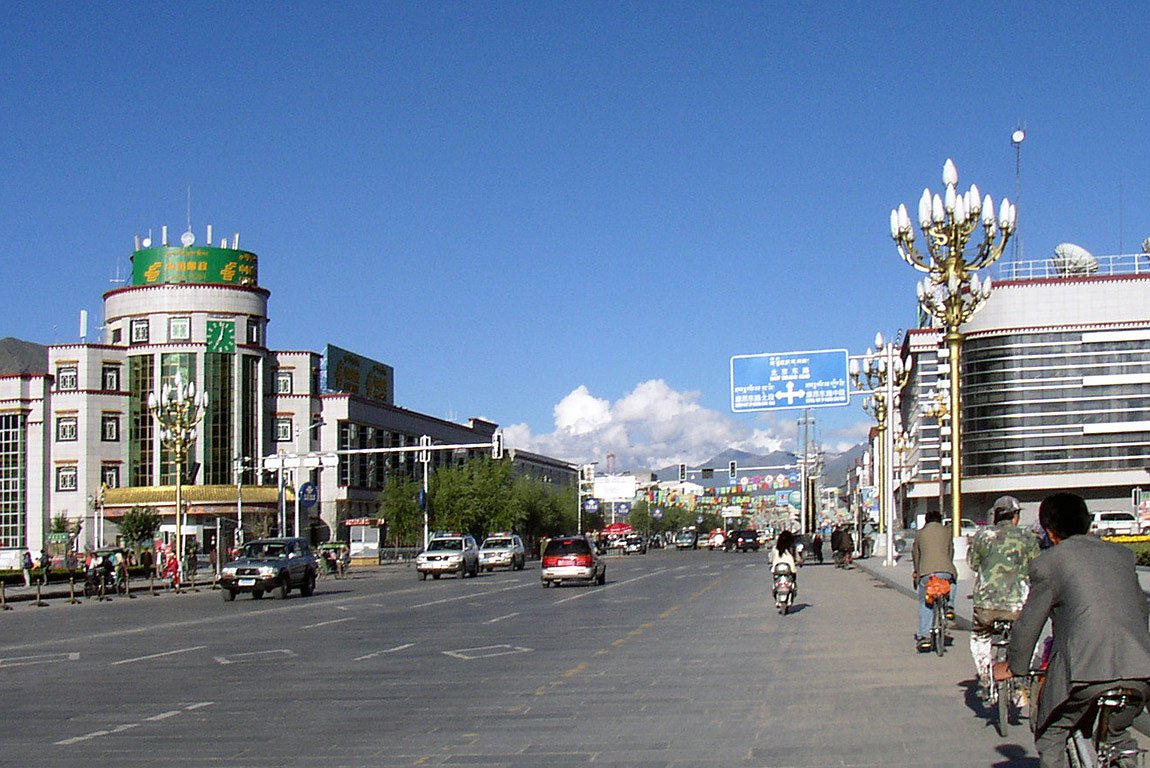 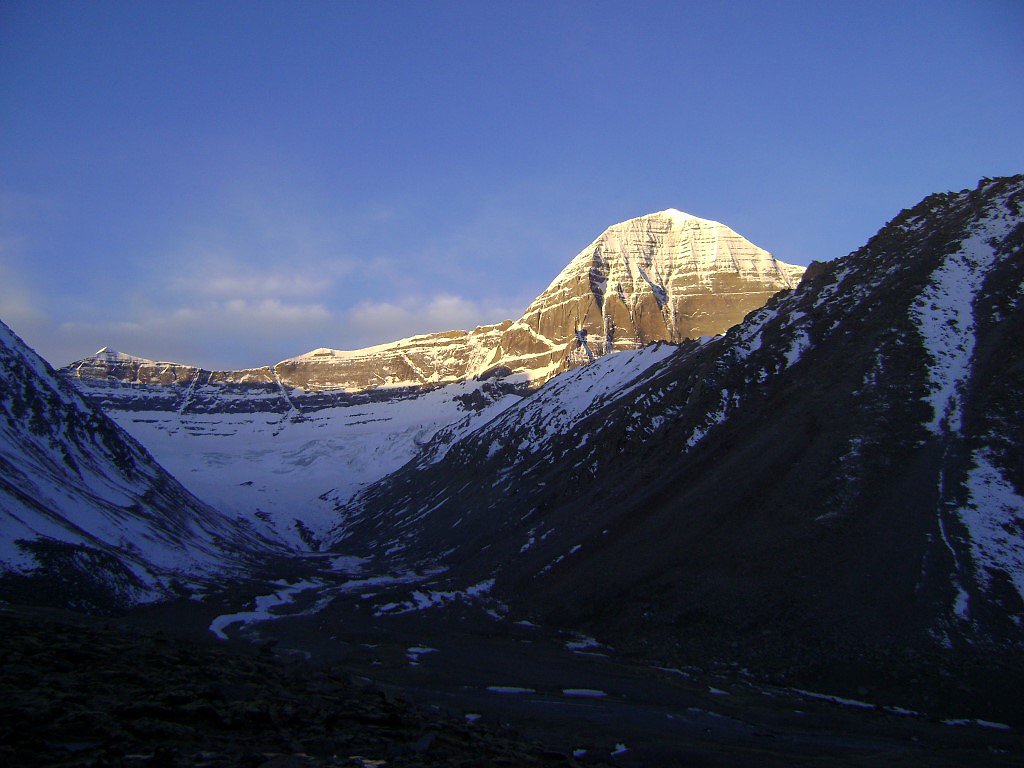 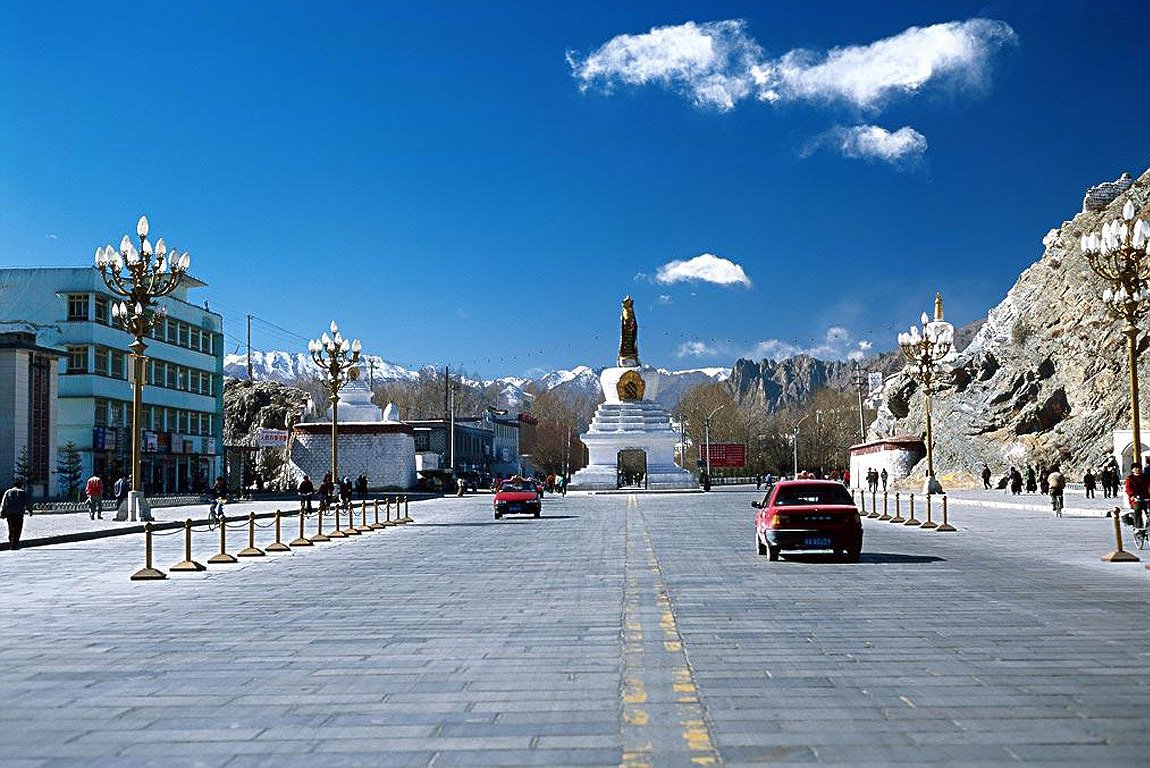 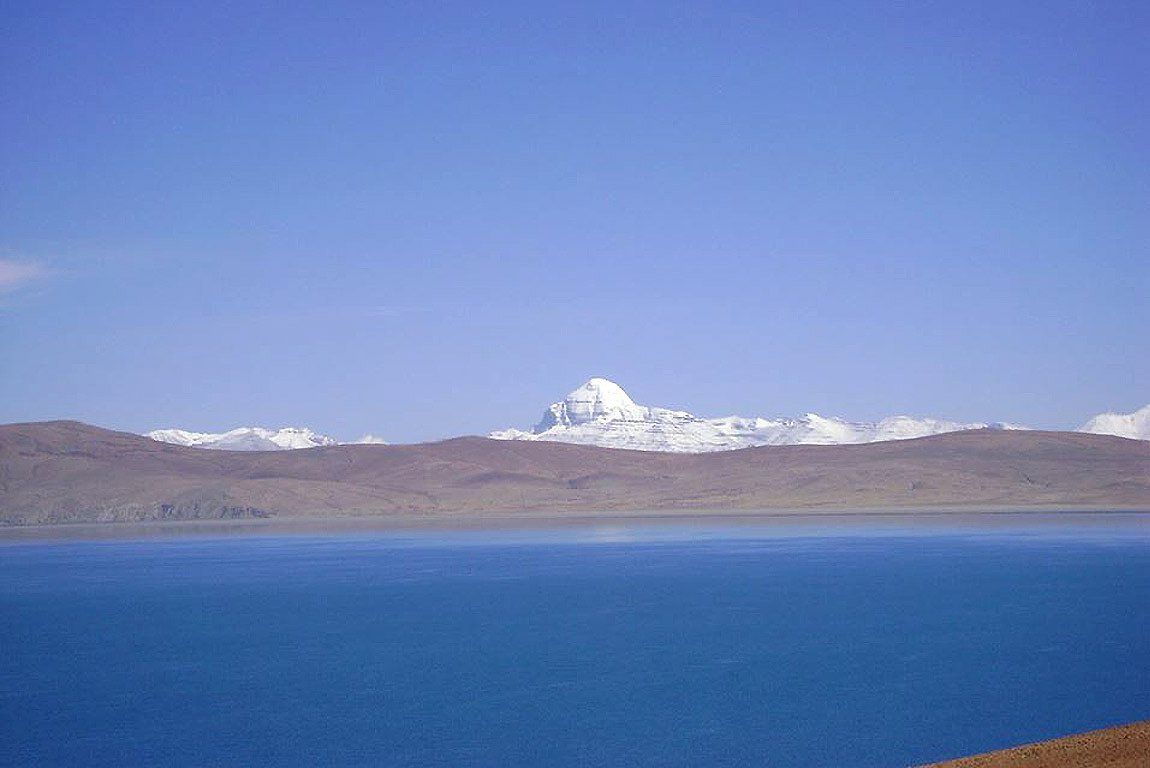 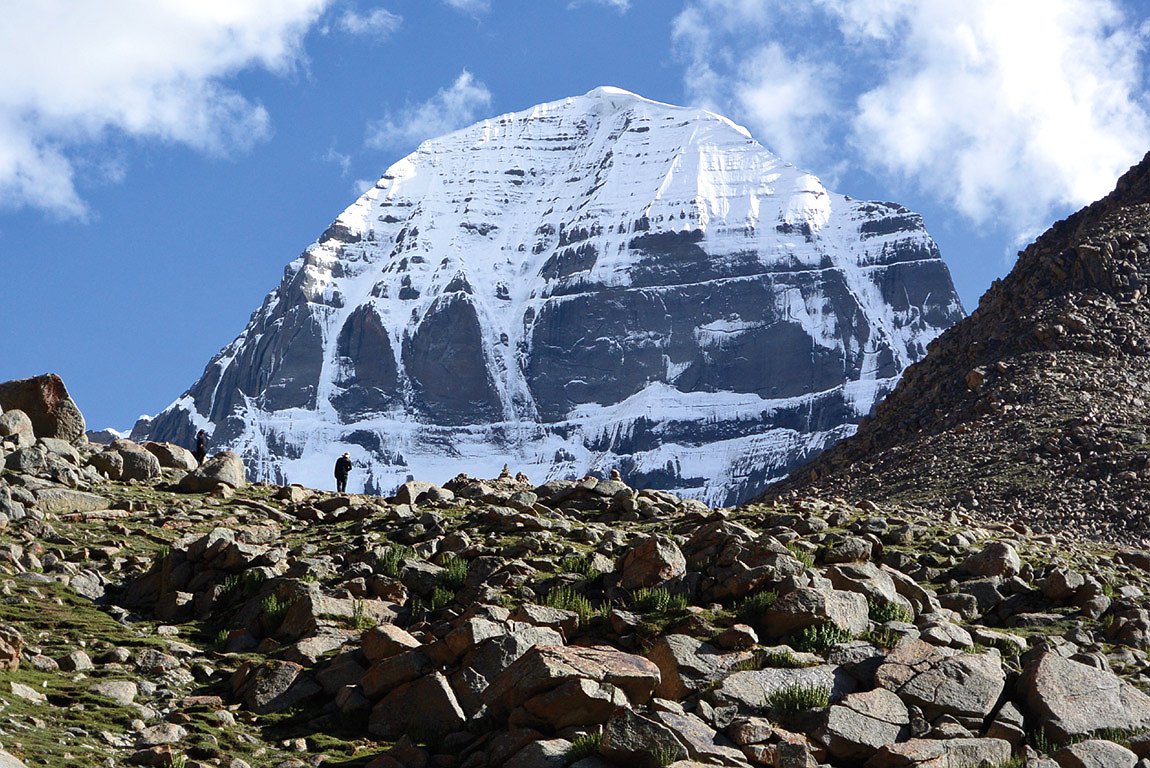 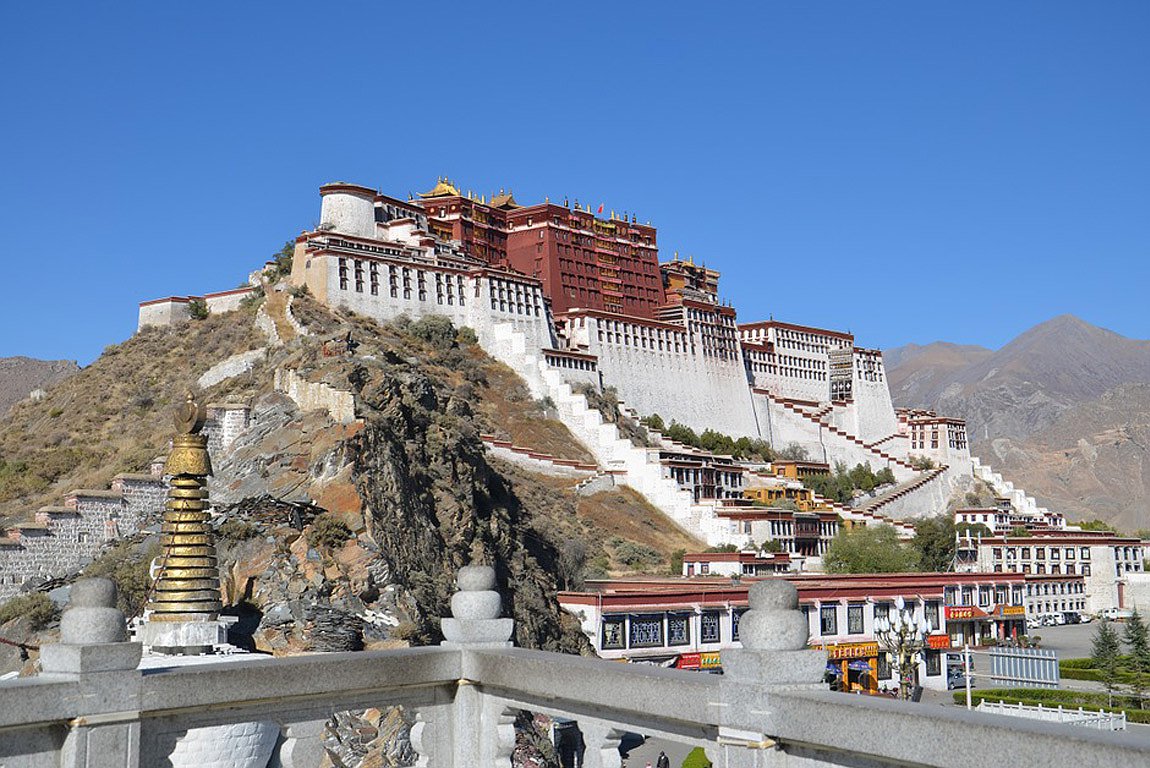 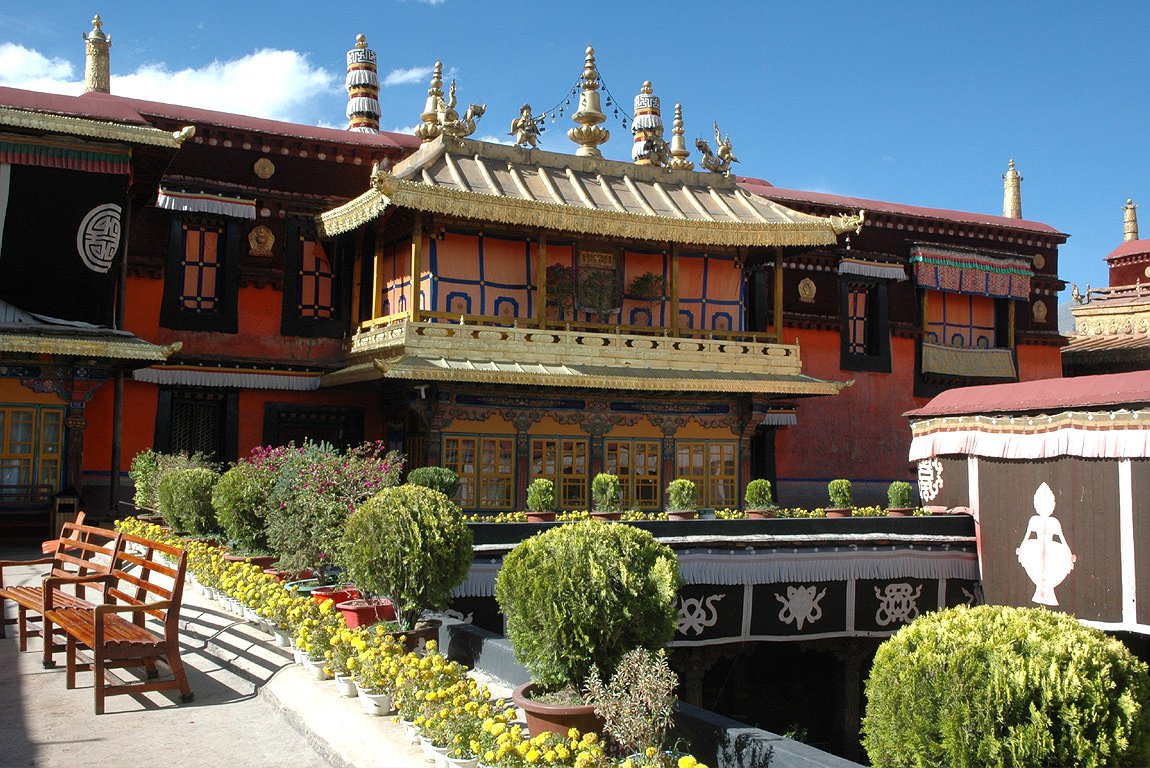